Option 2
and use a re-match for more time on the field ...

Personally, I think matches should either be 15 or 30 minutes. Easy numbers to remember and can either make for short and simple matches or a little more intense for those with more time.

Though, should just be the player's discretion of choice at the specific time. In a span of 20-30 minutes, many things can change the outcome of the game. (E.G. if the player has to leave during a game at a random moment of time, preferably tries to stop at 20 mark). I know this may sound like post pone, but there should also be legal gameovers at 20 minute mark in 30 minute games if this does happen. And if it already is O.K. for a gameover at 20 in a 30 min. game, sorry for this, just must be unknowledgeable here.

option 1. 20 minute matches don't work for gu. and if you look at it. it is mostly the duc people that want the 20 minute matches.. but option 3 wouldnt be that bad. because then the teams about to match can just decide what they want to do. might as well make everyone happy. Definitely not 2nd option though.
Top

3: because choice is always good.

But why 20 minutes? I'd prefer 15.
If needs be, have two scoreboards, one for "full length" matches and another for "shorts".
No coffee, no workee
Top 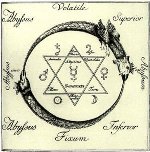 When you choose option 3 it will become unequal. Teams & players who are better in shorter matches of 20 minutes will prefer 20 minutes. teams and players who dont become tired of a 30 minute match will lose their advantage. It will probably bring a lot of different match results. A lot of things can happen in 10 minutes, that why I would make it one length.

i vote for option 2
While playing i ushually forget im in a tank;), awesome game.
http://www.gamebrew.com/game/madness-co ... eemer/play

Quite frankly I vote 1. Mainly because of the ups and downs that you have in gu matches and for flag passing. A bad start or a flag pass needs time to be countered or made up for in gu.
"Those who say they have never been afraid are either lying, or their life has never amounted to much. Fear is nothing to be ashamed of. Often it makes man a better fighter, it inhances his senses, it gives him caution, and other qualities he will need. So when i am about, be wise....and fear."

I vote for option 3

And i suggest another option:
both 30-min matches and 20-min matches are allowed, if it's a tie after 20 minutes, then the teams can agree on 10 minutes extra-time.
Top

Option 1 for me! 30 minutes pass way to fast already!
Top

option : 3
Just a guess but I'll bet that few matches have the lead change in the last 10 minutes. I'd like to see some stats on that though.
Top

bartleby wrote:option : 3
Just a guess but I'll bet that few matches have the lead change in the last 10 minutes. I'd like to see some stats on that though.

Pros: Procrastinating for an extra 10 minutes sometimes just isn't good enough.
Cons: Some people might argue about it.
Top

I am kind of retired from league play due partially to work commitments and other issues, but I hope you would allow me to express my opinion from the perspective of someone who played the match #1 of this league in January 2005

With the flag passing and potential defensive/camping strategies I have always been of the opinion that #1 is the only possible option or people would soon start getting fed up of professional flag passers/campers. I do not think league survival is a matter of players having choices, but having a game that can be fun.

With all my respect to those who have a different opinion, it seems to me that they do not consider the consequences in game play of having shorter matches. The GU map is not a ducati map, it is not random (so automated strategies DO work), it allows flag passing, and it allows camping on top. These features make GU different from ducati. Even in ducati the short match options have had a big effect: no more 30m matches are played and many games end up with very short scores since the field is large and the time (15m) is short to recover from an early capture. These effects would be dramatically increased in GU in my opinion.

Anyway, if a vast majority wants 20min games, let it be. Whatever the league becomes, live or dead, it will be product of what the principal actors wanted it to be. But let me point out that the chant "the league activity is low, we should do something" seems incorrect at the light of the statistics. I have counted 52 matches in the last four days and those numbers sound pretty healthy for a league that has been the way it is since January 2005.

PS: To enrich the map I would propose to have a test server for FM with the "passing the flag" plugin which I find the most interesting addition to bzflag fame play in quite a long time.

Edit: I forgot to mention that activity is much concentrated in a few teams that are really active. In that sense one might agree with the point that activity is worrying these days, not in number of matches played but in the narrow spread of teams (players) involved in that activity.
Don't let school interfere with your education.
Mark Twain
Top

#1 many explained why..
Want to improve your skill? Join the http://guleague.org!
Top


Ripper wrote: (E.G. if the player has to leave during a game at a random moment of time, preferably tries to stop at 20 mark). I know this may sound like post pone, but there should also be legal gameovers at 20 minute mark in 30 minute games if this does happen. And if it already is O.K. for a gameover at 20 in a 30 min

I see matches beeing ended with a close result at 20 mins mark yet,
because one of the winning player 'has' to go.

I would like to go on record for changing my vote from #3 to #1.

qd and rb2 make some compelling arguments for 30min which convinced me.

Initially, option #3 was appealing to me for several reasons: #1 the time factor, 20 mins being shorter and easier to fit in and secondly, 20min is long enough to endure getting trounced on....actually 10 min is long enough sometimes

... but those are purely personal reasons and don't really take into account what gu league game dynamics engenders.

Option #1 !!!
"Sometimes people try to expose what's wrong with you, because they can't handle what's right about you."
"Measure your words -- they determine the distance of your relationships"
Top

These are my tallies thus far. I'm not sure how to tally the people who say option 4 alone... they need to revote, because 4 is not an option.

I have already voted, so don't recount this vote

But i wanted to add to my vote my following thoughts:

I think ducati has become very arbitrary since the 15/20/30 matches were introduced. For me it has become the "why not" league. My personal activity has decreased in ducati since then.
The reason: The game play has changed considerable, especially in 15 minute matches. It has changed to trying to get the first cap and then trying to keep the 1 cap advantage. Who gets first cap wins most of the games. The game has become a lot more defensive since then, since nobody wants to be that first cap behind.
However I do understand the initial reasons behind the decisions. The activity was low, or you could say the league was dead. But, the shorter match time then was also mainly an answer to the then (ducati map only) open league which had different match lengths. However, I think GU league is in an entire different situation as pointed out by some of the above posters.

The main argument that made most 30 minutes ducati aficionado's accept was: it's an option. You don't have to play 15 or 20 if you don't want to. But since then it has become impossible to get 30 minute matches going. It is very likely that when it is introduced as an option in the GU league, the same thing will happen. The league will become arbitrary.

Option 1.
I also think the game will get more defensive and as a result of that, people won't risk so much anymore.
The hix map is still good for unexpected actions and in my opinion those surprises keep it interesting

just for the record, I vote 1
NTH

Why is it when someone says there is a more than a billion stars in the sky you believe them, but if that same person says wet paint you have to touch it to make sure.