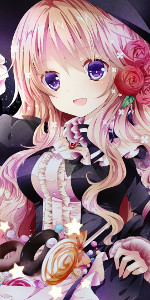 Sounds good to me. If that's that, then it would seem we are all set for the final match.
I only hope that the match's replay will be available, because some won't be able to come, such as yourself, for example.
Top

I had created a list of American servers with replays.

Both of the BZExcess servers dump the replays to the 5159 replay server.
"In addition to knowing the secrets of the Universe, I can assure you that I am also quite potty trained." -Koenma (Yu Yu Hakusho)

Well apparently not enough people showed up today, so the finals are postponed.

Honestly, though, I think this cup is kinda ruined. Teams aren't that fair and many people have lost interest. It was the first time I have truly organized something like this before, so I did expect disasters ;P I would actually prefer to just end this current cup and work on something better.
Last edited by sillysir on Sun Dec 22, 2013 1:31 pm, edited 1 time in total.
silly

Silly sir,
Thank you for your efforts and initiative in organizing the silly cup!
Those who participated had fun.
"Sometimes people try to expose what's wrong with you, because they can't handle what's right about you."
"Measure your words -- they determine the distance of your relationships"
Top

SillySir wrote:I would actually prefer to just end this current cup and work on something better.

We've actually only got the finals left, so I wouldn't know if that's a good idea.
What people have to understand is that some of us are busy, and can unexpectedly receive some necessary work to do, so we have to skip the fun.
Top

I understand things happen and people can't attend. But when I give 2 weeks advance notice, people should have a rough idea if they will be available or not. Yet, only 2/8 people told me that they wouldn't make it. I doubt that all 6 other people had unexpected last minute plan changes. Even if they did, would it not be possible to send a message to me and say you couldn't make it?

Anyway, nobody showed up today, except for snake(banned) and jadespicy.

Since Team C had never lost, and each time they won by at least 4 points, and had more players show up to each game than Team D...I have decided to declare Team C as Silly Cup Champion.

If anyone in Team D would like to object post here and/or message me. But I am tired of dragging it out and clearly not enough people are interested.

I will start configuring the second Silly Cup. I already have ideas on how it could be played and how to make it work. I'll probably make another post soon. Also watch the Silly Cup website for more details.