There is a desire to keep the project moving forward but we see that it's not going to work using the existing style, so that needs to change, and these requests are intended to insure the least amount of community disruption during that transition.

We will be changing the licensing of the art assets to CC by SA from LGPL since it is a better license for media then the LGPL, but that does not affect this discussion. 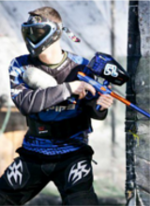 I did tell Tim that I was willing to set up this type of organization but only if I was 100% sure that I'd be able to transfer copyright to it. There is no point in spending the time and money on the setup if I would not have the right to transfer copyright to the final company. This is why I asked for it to be transferred to me so that I wold have the ability to form a corporation around it.

I can think of a few ways to get BZFlag a revenue stream that can be used to push the project forward (paying for servers, advertising, paying code bounties for features, etc...). I think it's important that a project has resources to work with and the ability to use them in order to be successful.

I would not do a kick-starter until I had tried other fund raising methods first (in community stuff), or until we had a clearly defined and documented development plan in place. Kick-starter is a very valuable tool but must be used wisely or it can actually ruin your chances of success.

Tim was unwilling to make any changes on that scale.

We are continuing to do what we can, his choice has no direct affect on our ability to make releases.