I just returned from a 2-week vacation in the country of Belize, whose 2-letter ISO country code is BZ. I didn't see any military vehicles with treads and turrets, but I took pictures of some of the tanks I did see: 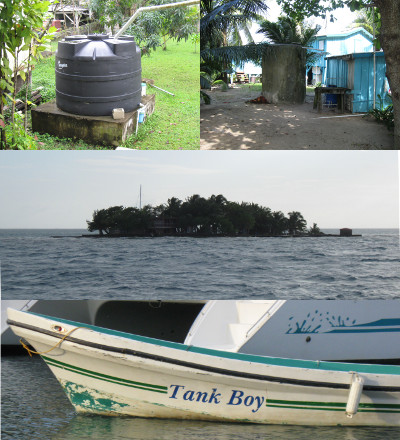 Rain is the only natural source of fresh water on the small islands of Belize's barrier reef (which is the second longest in the world, after Australia's) so it is common to collect the abundant rainfall in large tanks as seen in the top 3 panels of the photo. The bottom panel shows an appropriate name on a small boat.