Thank you to Developers

Thank you to Developers

Here's a BZFlag flash animation I made for the devs (all please watch it though).

I'm not an expert at flash yet... so if it gets stuck loading, wait a bit. It's a whopping 3.12 MB, so I hope you have high speed internet.

I'm sorry if your a developer and I forgot you... I tried to find all the devs that post on the forum (people with the dev ranks)
₪ http://www.garrettsites.net ₪

Formerly "nader"
---
Microsoft broke Volkswagen's world record: Volkswagen only made 22 million bugs!
-----
"Do not meddle in the affairs of cats, for they are subtle and will pee on your computer." -- Bruce Graham
Top

That happened to me too, I just waited a few seconds and it was fine. (I have high speed internet) Again, I'm not an expert at flash. I copied that loading bar code from www.flashkit.com.

The movie is buried beneath the loading bar.
₪ http://www.garrettsites.net ₪

, you missed some people... where'd you get the tank pics?
Formerly "nader"
---
Microsoft broke Volkswagen's world record: Volkswagen only made 22 million bugs!
-----
"Do not meddle in the affairs of cats, for they are subtle and will pee on your computer." -- Bruce Graham
Top

Heh, cute. I like it, simple with some charm.

And in the spirit of the thread topic, thanks to all the developers for making 2.0 a stone's throw away.
"Nifty News Fifty: When news breaks, we give you the pieces."
Top

Neat, simple, well-done, to the point, and original. I am very impressed, I like it a great deal.
Top

nader wrote:you missed some people... where'd you get the tank pics?

I got the tank pics from http://sasami.bakadigital.com/temp/bzicons/ . I then changed the hues on the red tank and mirred half of the colored ones. I know I missed alot of people, I crawled the board and the ones in the movie were the only ones I found with the special dev rank on the board.
₪ http://www.garrettsites.net ₪

OMG! Hehe, that's pretty cool, RPG -- I loved it! Thank YOU. I'll make sure the others see it too. It's players and appreciation like yours that often make it all worth while. Very cool.

Pretty good, but missed some people, here is a list of the developers(55, currently), not counting the people who make patches but don't have CVS write-access[/url]
Top

I saw that list, and fainted when I thought I had to add 50 people to the animation. So instead I put in the devs that post on the forum

. We appreciate all of them though.
₪ http://www.garrettsites.net ₪

RPG wrote:I saw that list, and fainted when I thought I had to add 50 people to the animation. So instead I put in the devs that post on the forum

. We appreciate all of them though.

That's okay, the sentiment was still well placed and appreciated for all of the Devs, even any that may be missing. There's only a couple other active devs that aren't rolling in with the rest and only a couple inactive devs from times past. The probably just hadn't respawned yet after I shot them.

A good place to see a list of the active devs is at http://cia.navi.cx/stats/project/BZFlag. That site tracks all of BZFlag's source code commits and commiters so you can see who's actually making the changes. That doesn't include the folks who provide patches, but we try our best to recognize them on the tracker and in the log of changes that gets published every time we release. See http://bzflag.bz/cvs/ChangeLog for the current list.

It's takes effort from lots of folks including the server operators and players. You help us figure out what we need to work on next, you put up with long wait times between releases, you suffer through the occasional painful software bugs, and you make the game worthwhile by being involved, helpful, and appreciative (at least most are) 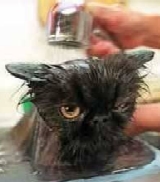 ). BZFlag is a great game and I've lost many countless hours to it and met some really great people (Mofo, Wulf, Naughty #9 etc) along the way. Any Open Source project is hard work and I'm sure that most people would agree with me when I say that the amount of time, effort and understanding put in by the developers, documentors, and everyone else involved is greatly appreciated.

heh, neat, thanks for including me......but, really, dev is a title given to me for a commit sometime ago........i didnt do anything on this release......feeling kinda guilty. nice work though, and from the IRC topic, it looks like most of them appreciate it. they are grumbling about me, but that is nothing too new.