Make suggestions for improving one of the best games on the net!
Forum rules
Post Reply
10 posts • Page 1 of 1

I've written a couple of patches to do full screen
radar toggling (against the 2.0.9 branch code). 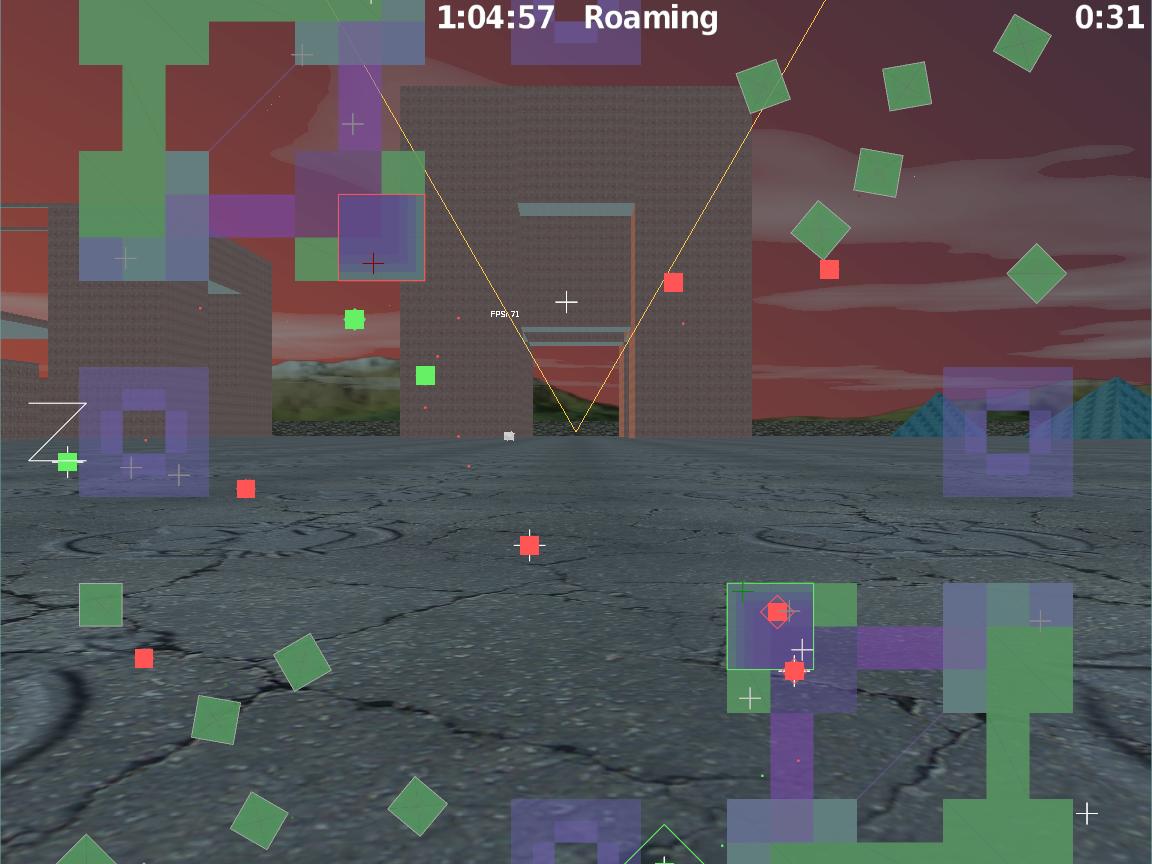 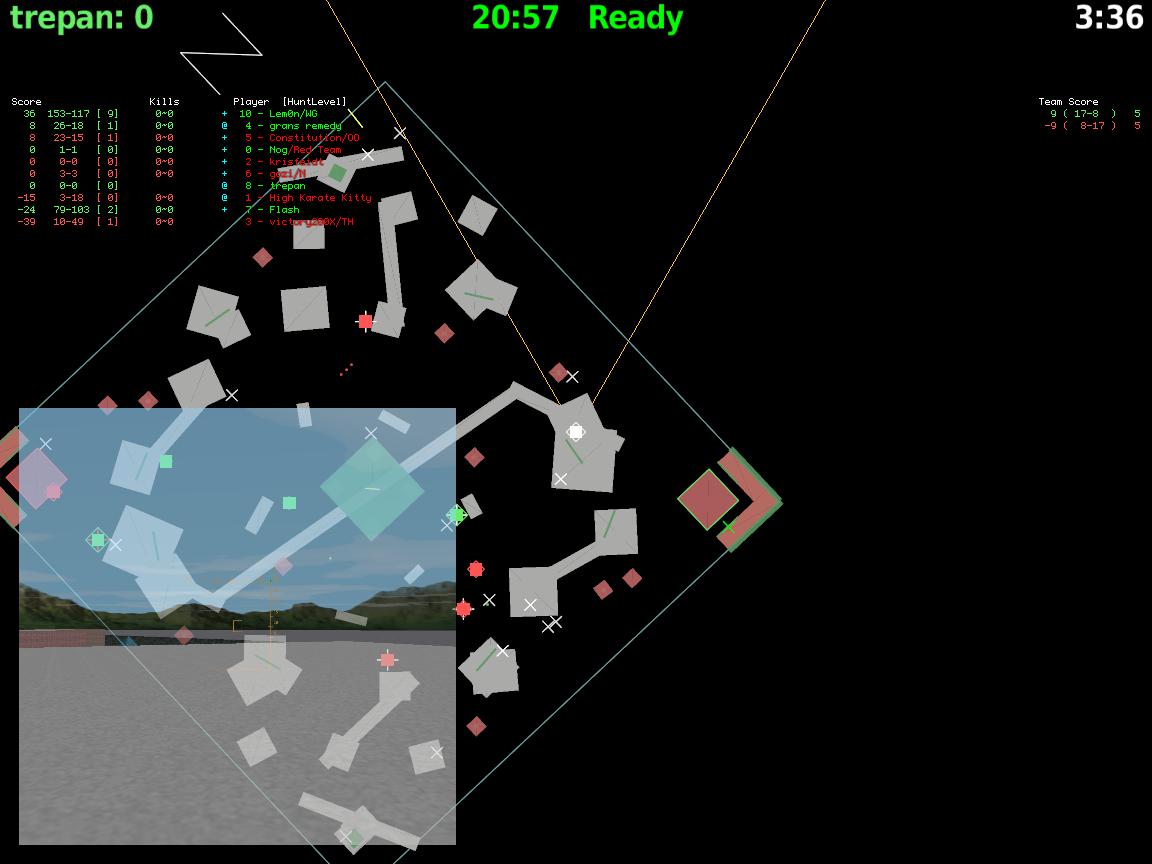 There are times you want to be able to see the full screen graphics, so I feel your second option would just be too limiting.
Top

I would love to try the full screen radar in the first example (though I can't right now because of a conflict between OS X 10.3.9 and QuickTime 7.0.2), could you post the patch, perhaps?

For those who fancy round radars 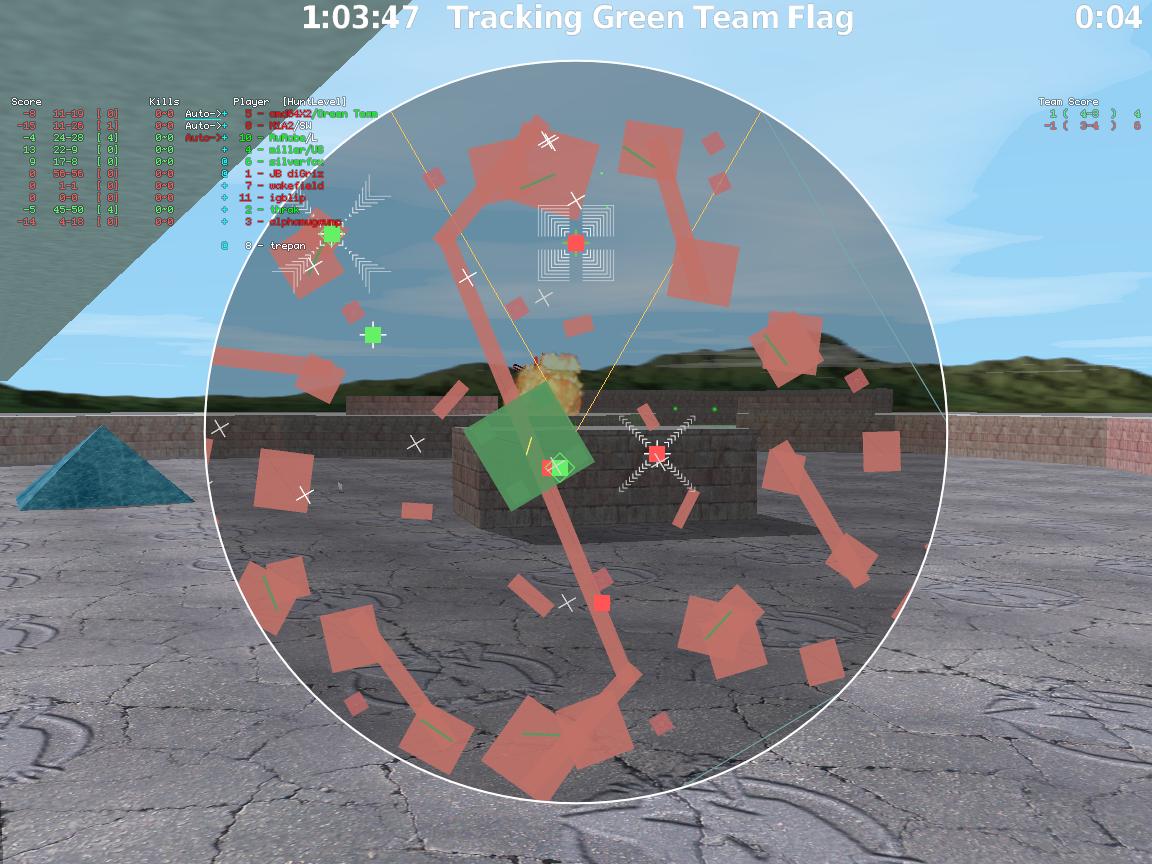 I guess the console is hidden... where does it show up when toggling?

Nice! What are the lines around the flag-bearing tanks for? Identification?

Saturos:
The console shows up full length along the
bottom, like when you have the radar disabled.

Here's something that hasn't been mentioned...where's the shooting box in the first option?
Top

dartman: Roaming... it's normally there.
Top

That is trepan's "Hunt" enhancement, which is integrated with radar (as is standard hunt/multi-hunt).