Place for people to discuss public servers, and also for admins to lay out the details of their servers
Forum rules
Post Reply
23 posts • Page 1 of 1

i've been pinged via email lately asking if i would ressurrect my server and thought i would gauge the interest here as i have some free time lately...

a quick recap for the newer players, hepcat originally came online in 2003 running the pillbox ctf map on V1 servers, when V2 came out i switched the map to Overlord CTF and eventually turned it into a rotation with Overlord/Babel maps

I went offline a few times since 2005 and SilverCat took that rotation and i brought pillbox back for awhile in 2006/2007.

if the players are interested i can be too

The Silvercat and Hepcat rotations were some of my top favorite servers to play at. I would be glad to see them return.

w00t cosmos is back! overlord/babel rotation please! i'm sure there are a lot of people who have missed it badly.

I've missed both. Though we have a pillbox map now, there is no rotating overlord map. Would be nice if both were back.
Good to hear from you again, cosmos!
Top

Even though I find your avatar personally and morally offensive, I agree with the previous posts.

Will admin for food! May Tux bless you.
Top

The cracked staff at Planet MoFo acknowledged the lack of said *Cats and we decided to start our own incarnation of the *Cat servers. Its a rotation, the game changes when everyone leaves... We're hosting Overlord CTF, Adrenaline, Babel, and we're set to do Pillbox too... but its still ran on other servers so thats on hold.

We never posted an introduction to the servers or made any announcements on here, the bzbb, because - well, you'll figure out why in a second. But we made careful steps not to flood the list server with several incarnations of the same game being played on so many servers at once.

But yes sir, there is another *Cat server running right now, out there. Its owned and ran by the folk over at Planet MoFo - we've left all the game play settings the same, like tankSpeed and all things to do with shots, same flag schemes as the originals. We added the Planet MoFo billboards (outside the play area) and some fog and sky effects. (we call it "Bling Bling")

I give you all: The PussyCat servers.
bzflag.planet-mofo.com :: port: 4520
...This has been a recording.
Top

well, as far as i can see we'll have an overlord/babel revival with 6 players

joking... i can just agree with the previous players: overlord/babel rotation please! I'm sure there are a lot of people who miss that server, amoung them people who started playing bzflag on it, because it was one of the top servers, and i'm sure it'll get back its former status.
Top

Wow, both Pillbox and Overlord/babl rotation servers would be nice.
Although dub.bzflag.org:5150 [and occasionally brl.arpa.net:5156] seem to be the pillbox servers, dub sucks [:?], so another would be very welcome

The Traitor wrote:Wow, both Pillbox and Overlord/babl rotation servers would be nice.
Although dub.bzflag.org:5150 [and occasionally brl.arpa.net:5156] seem to be the pillbox servers, dub sucks [:?], so another would be very welcome

yes, im back, offensive icon and all!

im digging around my archives looking for all the old configs and files, should have a server built by end of week.

There is nothing worse than aggressive stupidity. -- Johann Wolfgang von Goethe
"How many legs does a dog have if you call his tail a leg? Four. Calling a tail a leg doesn't make it a leg." -- Abraham Lincoln
Top

I want to see those maps back, they were great.
I found a white tank! It's called a observer!!!!1
Top

The Traitor wrote:Although dub.bzflag.org:5150 [and occasionally brl.arpa.net:5156] seem to be the pillbox servers, dub sucks

What's wrong with dub, most players from all regions are lagfree (sry taz, you're the exception

) and when needed, there'll always be an admin around.

I believe there once was a PB/Overlord/Babel rotation, which always leaded to a lot of complaints from jumping fanatics when the Babel timelimit was almost zero. I loved it though, so yeah! bring it back!

pillbox separated and babel/overlord rot. or one big rotation, it's all good for me

I for one am just glad to see Cosmos back, and the thought of just having the name of Hepcat back on the server list is enough to get my proverbial juices going.
While dub is a great pb server and I will accept no current other as a close rival you will never beat the original....just ask coke, or the jaws films or numerous other attempts to emulate something great.

Welcome back Cosmos and Hepcat.

Not that I agree with animal cruelty, but damn I want to see that smoking cat on the battlefield again!!!
Someone else said that to me once......only once
Top

Yup, put me down for Pillbox and Overlord/Babel rotation. Loved them. In fact I only discovered Mofo when I couldn't find Overlord any more.

not easy to find the map file ... but i found CTF-Overlord and
its running in version 1.0 at:

enjoy! (i certainly will!) 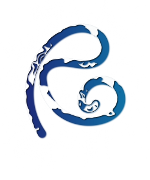 Can you link to the original post that attachment was located on? That way more information (such as the license) will be provided about it.
"In addition to knowing the secrets of the Universe, I can assure you that I am also quite potty trained." -Koenma (Yu Yu Hakusho)

wrote Cosmos and asked him if he could find the old config files to bring it back as it was at the time :::: waiting for his answer!

hope i remembered the settings approximately they were ::: if you find some missing or wrong ::: let me know please!
.
.
.

Zac wrote:hopefully this server will be one a can actually play on without lag problems(due to location) and if so would enjoy a n Overlord/babel Rotation

You're pretty much good, unless you live in Australia

Count me among the tanks who would like to see Babel/Overlord back. Time for some variety in the maps again.
If you think I was mean, please tell me. I was actually going for NASTY!
Top
Post Reply
23 posts • Page 1 of 1