Place for people to discuss public servers, and also for admins to lay out the details of their servers
Forum rules
Post Reply
36 posts

I'll try and monitor this list so you can post questions and comments here. I will probably respond more quickly to this list than to /report messages.

(1) Racial slurs, baiting, hate of any kind, gets you a ban. No exceptions.

(2) Swearing should be kept to a minimum. The server is ran by the graces of my employer and as such, I need you to abide by this and keep it a kid friendly place. I filter using a badwords list and will add anything that I consider remotely a bad word, especially if I get complaints. I will also ban repeat offenders.

(3) Team killing is bad. Don't do it. The ratio is 50% right now, which is MORE than lenient and you get autokicked if you do it more than that.

(4) No hack attempts on my server. I will ban your entire subnet if it happens.

(4) I expect comments to be constructive. If you think you have an improvement for game play PLEASE let me know. This forum is probably the best place.

Lastly, have fun. This is one of the best games you can play for free, or for pay, and it should be fun for beginners and old timers alike.

I seem to be getting some good play on my server, which is cool because it helps me justify in my mind keeping it online.

I've had some good reports and suggestions too.

Please post any further comments, or more in-depth comments here as you have them.

A few bad apples spoil the cart, or something like that.

In order to talk you gotta be registered now. You can still play unregistered but you won't be able to talk. You will still be able to send an admin message but that's it.
Top

1) No cheating, period. I'm not talking about laggy players here, I'm talking authentic, hacked cheat clients. If you have indisputable proof then ban them permanently. If you aren't sure but suspect it, ban them for three days. Make sure you put in a descriptive message for the ban AND file a report so I know what is going on.

2) No racial, sexual, ethnic or religious slurs of any kind. I have very little tolerance for that type of behavior. This includes callsigns. Two warnings. First is a message in UPPERCASE letters. Second is a repeat message and accompanied by warning of a ban. Third time ban them for three days. If the offense if especially egregious, ban them permanently with no warnings.

3) Lag is a touchy subject. I run the server so that people can play, and I want the largest pool of players to be able to. So, here are my rules for lag.

a) No one over 400ms should be playing for long. The server gives three warnings. If you see a player rejoining repeatedly after getting lag kicked then warn them once and if they come back laggy, ban them for 30 minutes. If they repeatedly rejoin after being kicked for lag, ban them for a day.

b) Jitter as some call it, is harder and more subjective to judge. If you kick or ban someone for jitter, please record their lagstats in the message part of the command so I know why the action was taken AND so they know too. As long as the player's jitter is less than say, 1/4 of their lag, I leave them alone unless others complain.

Finally, I read my log files and my report file daily. If you need to tell me something, use /report and I will see it.

I also log all my joins to a mysql database so I can run reports on utilization and this includes conversations. Nothing is private on my server, although I do X-out bad words in the database. If people have problems with your decisions, direct them to me.

sounds good king of badgers. the map is nice, is it yours? other than that...blah.
Games don't make people violent, lag does.

Hannibal wrote:sounds good king of badgers. the map is nice, is it yours? other than that...blah.

Yep, the map is mine. Made it one afternoon in about 3 hours. Because it felt right I decided I'd put it up and see what others thought. Apparently others agree.
Top

badgerking Hi Badger, Your server is doing some funny things. First half the people had very high lag with high packet loss, then all went nr . I finally got disconnected and it is now saying error when i try to reconnedt . Kitty
Top

He is now hosting the server at the same place that "Bpxy War" is at, this is also where I host...


Yesterday there was somthing funky with the network at the host...I think.
Top

o and if u noticed high karate kitty, this thread is from last year.....
Top

A Heart Attack wrote:o and if u noticed high karate kitty, this thread is from last year.....

badgerking wrote:I'll try and monitor this list so you can post questions and comments here. I will probably respond more quickly to this list than to /report messages.

A Heart Attack: If you noticed BadgerKing asked for things to be posted here so that is what HKK was doing

i'm not sure if that is related to the server change. it used to happen before the server change too. you go nr, have to sign off and can't rejoin for a minute or two (while you can join other servers). i think the lag spikes (including jitter and packet loss) are happening less often btw.
Top

Green Manalishi
It is related to the server change. Badgerking's was moved to a co-located server. For the last few days the provider has had obvious network problems (Boxy War was demolished off the listserver - it is hosted at the same place).

SSH, HTTP, Plesk, BZFS - anything network related (including pings) - go down during this time, yet as soon as you can access it uptime reports it's been going for days thus it indicates a network problem.

ok, thanks for the explanation. still, i have had similar problems before the server change, and the current lag/jitter situation is a bliss compared to earlier.

Hi Badger, came on tonight and The Vet said he was on earlier with some guy making all kinds of racial slurs. I made a report with the callsign, sorry can't remeber now, thought id make a report here also. Kitty

What do you think about this callsign "Giant bamboowood in Giant Panda(I love giant panda)" Very sexual but not to obvious maybe. Kitty
Top

since the giant panda eat bamboo it would be in the stomach.. so nothing sexual.. i think. if he doesn't make any obscene remarks about his callsign or anything i would leave him alone.
Top

Hi Badgerking, right after you left the lag went nuts for everyone and kicked us all. Kitty
Top 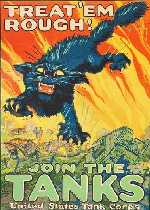 Second, a complaint about one of your admins, Dervish. For weeks I have been playing here under a name Kim Jong-Il. No one has ever objected, occasionally someone says 'greetings world leader!' or some such. I don't curse, I don't politicize and I don't even play especially well.

Dervish shows up, and kicks me with the message "No political names". (I'll leave off that that itself becomes impossible to halt, inasmuch as I can come up with political names that are pretty unknown in the english speaking world, and who would know?) When I signed back in to say "WTH?!" (inasmuch as Dervish has not identified himself in any way, and there is no published rule against a callsign like this) he kicks me again, this time with a ban of who knows how long. Many other admins - including on badgerking, have been fine with my callsign.

In the first place, this really is kind of an abusive, high-handed, petty-tyrannical kind of behavior. In the second place, can something this innocuous really be a problem? How insanely delicate have we become? In the third place, some kind of consistency would really be appreciated. It just seems wrong to have one rogue admin claim an authority than others do not.

So I'm writing to complain, to ask to have the ban lifted, and to suggest that someone tell dervish to take a pill!

And so, I'm writing to you
Top

Badgerking server where art thou?

Has anyone seen the server on the list recently? I haven't seen it now for a couple of days.

/me misses my perch.

Yes Yes I as well

What has happended to the Aerial and Ground Attack Server
Top

Re: Yes Yes I as well

LostngonE wrote:What has happended to the Aerial and Ground Attack Server

your callsign has happened. i heard it's the curse of the non-registered players.

seriously, i hope we'll be able to play soon whatever the problem is.
Top

Hope it's back online soon or else I go through withdrawal...
Not really, but I'll be less apt to play at all which might force me to make more constructive use of my downtime.
Top

Re: Aerial & Ground Attack is the only game of BZ flag I

crunchy frog wrote:Hope it's back online soon or else I go through withdrawal...
Not really, but I'll be less apt to play at all which might force me to make more constructive use of my downtime.

No, you won't you will just cheat on badgerking and find some other pretty server to sleep with!

Re: Aerial & Ground Attack is the only game of BZ flag I

crunchy frog wrote:Hope it's back online soon or else I go through withdrawal...
Not really, but I'll be less apt to play at all which might force me to make more constructive use of my downtime.

No, you won't you will just cheat on badgerking and find some other pretty server to sleep with!