Hmm, I was thinking about all the newbies on BZFlag, and their problem.
like Jumping to dodge, teamkilling, yada yada yada. Then I had
an Idea for a map; Tactical training. There are different rooms
which employ different challenges, the one I'm concentrating on
is dodging. For example, one room can shoot sprays of shots
from a wall, and the player can dodge it, trying to make it
to the next room I've seen 3 common firing techniques
players employ, and they are;

Spray or Strafe
A bit common, player just shoots a wave of shots.

Straight
They fire all of their ammo in a straight line.

and Single shot
Very simple, just firing one shot at a tank either when they are close
or are landing after dodging.

Employing these different techniques in the chambers
might help them learn how to dodge on the ground,
more than in the air. Creating a box just high
enough to let the tank pass under without being able
to let them jump can help out with that.

Has this been suggested before, and can it be done?
Dormant. Not really. Kinda.
Top

it would be much better if you added a plugin that would spawn them in the same room that they die... instead of having to repeat all the previous rooms

I not just any person, I am person1
Top

Or, put in teleporters that get them to specific rooms, and when you finish a room, you get sent back to the main room, and get to choose a different room or the same room.

Personally, I need this kind of map

Exellent idea.
I'm thinking I need a better sig than this...
Top

Destroyer1313 wrote: Has this been suggested before, and can it be done?

World Weapons would be used to make the bullets, It would be quite simple.
Games don't make people violent, lag does. 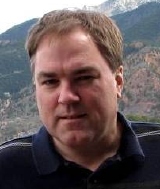 as a slow person, may I point out

The newbie server at the top of the list would quickly get crowded, since it is at the top of the list. I have long noticed that servers are popular because they are popular. Some perfectly good ones (even copies of other popular ones) never get used because they aren't at the top of the list. It's a feedback thing. Get 3 people on a screwy server and it gets popular just because there are 3 people on it. It has to be pretty bad to get everybody off it at once.
One possible feature of a 'newbie' server might be population control. How about if you could run N copies of the newbie server so none gets crowded. The crowd control could be done automatically, like a roll-over. Dial 5154 to automatically get rolled over, or dial 5155 through 5174 to get one of the servers explicitely.

Another unrelated comment
The definition of a newbie might be missing. For me it was understanding how capture the flag worked in the first place. I learned to play bzflag on a local LAN with a Start Server created server and a half dozen kids. We did this for months before venturing out to the internet to copy some worlds. The key thing that kept us off the public servers was language. Some of the kids were too small to deal, so we didn't run on public servers until a while after we had lots of experience designing our own maps and creating our own bad habits.

I have now been playing bzflag for 3 years and still can't survive on most of the popular public servers. I do and always will stink at playing bzflag. I had to practically create my own genre of map just to survive at all. I don't think that newbie training of how to duck and shoot is going to help me. But newbie training of how various games (I still don't know what BZFlag Olympics is about) work would be a great thing. Also it would be nice to have some good works on how to use certain flags, like Cloak (for avoiding laser) Stealth (don't jump, teleporter, or shoot if you want to stay hidden), GM (fire and then lock? Lock and then fire?)

And, of course, my personal favorite newbie instructionals, How Do I Become an Admin? and How Do I Set Up My Own Server? Those are topics for another forum! eek
Tadd
This is a block of text that can be added to posts you make. There is a 800 character limit
Top

You might benefit from playing with a bot or having another person help you. I'm sure there are people out there who would love to help if you asked and you'd get more out of that than a programmed thing which can only do so much. You get variety out of other people. Not just the same world weapons or whatever else shot at you.

I created a simple "tower" map, that there was a box in the middle, then a box on top of that, and so forth... gave 20 shots that lasted a looooooong time and the worldsize was roughly 150...

Simply put, it was a dodging server, you would go down, fire all twenty shots in bursts, sprays, etc. etc... then wait for them to come around and you would dodge them. Very very helpful. It wasn't based on "random" world weapons, that eventually repeated themselves, you could pick the pattern...


tadd wrote:Get 3 people on a screwy server and it gets popular just because there are 3 people on it. It has to be pretty bad to get everybody off it at once.

Exaclty, I got a couple Chaos teammates on from the GU league... and we had tons and tons of people join...


tadd wrote:I have now been playing bzflag for 3 years and still can't survive on most of the popular public servers. I do and always will stink at playing bzflag.


tadd wrote:I still don't know what BZFlag Olympics is about

Tank control... to refine your skills at driving... and blowing yourself up

it isn't supposed to teach you anything about bzflag.... like if you update bzflag the config won't update... so things like online textures won't work... just how to jump on pews... *hates pews*

person1 wrote: it would be much better if you added a plugin that would spawn them in the same room that they die... instead of having to repeat all the previous rooms

I have one like that I made... it doesn't work all the way... but for what I needed it for, it worked fine.
BinarySpike
BinaryFreeze
Top
Post Reply
7 posts • Page 1 of 1