So we all know you have a callsign, right? Well, wouldn't it be fun and interesting if we all shared the story behind our very own callsigns? If everyone does it, this topic is sure to be a hit.

RPG:
Means: Rocket Propelled Grenade, Role Playing Game
How?: I went down to a camp in Alabama last year, it was called Aviation Challenge. Anyways, on the first day, you got together with some other people and each person shared a funny/embarassing story about themself. After they did, the group would decide what callsign to give that person. I told this story:

Last summer, me and a couple of friends were trying out a new water balloon slingshot that one of us just got. We were seeing how many houses in our neghiborhood we could get the balloon over. Well, someone was hosting a kids bible camp a few houses away. In one of our attempts to get the balloon farther, we landed one right in the center of a group of kids at the camp. Needless to say, they all started screaming and panicking because they had no idea what was going on. Some of the camp voulenteers went on a hunt to find us. We knew where it hit, so we threw everything into a wagon and started to run for the closest house. However, one of the voulenteers found us, and believe me, she didn't have ANY sense of humour whatsoever.


Now we're all itching to know about you.
₪ http://www.garrettsites.net ₪

Basically, mine was created by a few guys in the year above me some 2/3 years back.
I am informed it was based upon the shape of my head, what with my hair being short, but I still believe they were reffering to my "O"besity... heh.

because she is my fav character from a toon . i used to babysit after high school an these kids were really into it (the TV show , the movie , the cards an the dolls , ect.ect.) an they got me hooked on watching it ;)

then 1 day a player named "TheCataract" (a.k.a. "TC") suggested i shorten my callsign because it was a PITA to type out sometimes lol so then i though of just using the initials "RC" ...which ...like with most nick names ...evolve ...into something else ;)

.......sooo, when i was a bz-noob, i used my AIM sn, Impersonater316, then i switched that to FCBarcelona, because i love the team. I then used popcornfor a while(and gained quite a bad rep) , because that is my favorite food.

I went in search of a new callsign, and just started to think of what technologically advanced weapon i had seen, i started with tomahawk, then expanded that to BGM-109 Tomahawk, because that is the full name of it.

I then remembered the Phalanx, a ship-mounted gatling gun with radar, so when it 'sees' an enemy plane, it unleashes 2000 20mm shells per minute, or something around there.

VOILA! there you have it, the story behind my callsign.

RPG, my friends and i have done something very similar, except we were actually aiming for the houses across the street instead of going over them. We actually started a leak in someones roof

Ok, so my callsign is from the book "Flame" Its one of the characters... not really any story behind that.

I started out with Volleys, i think, was a long time ago... that's a dragon from a different book "The Two Princesses of Bammar"

Any1 starting to see a pattern?! yep, all my names came from books i've read. ( i read a lot, so i have a lot of names in store case i make an enemy and need to go underground.

My sister used to use her favourite character out of a book, and with my distinct lack of imagination did the same, except I didn't choose the philosophical passifist monk but the assasin and heir to the throne. That probably says something about my state of mind compared to hers, but I don't know that I'll like what it means....

Well...I suppose i have a split personality. When I am busy getting killed online, I go by XyllyX, and it is just made up, because I like the way it sounds and the fact that it is a palindrome. "ClayOgre", well, from time to time I dabble in making things out of polymer clay (jewelery and such), so I just used that same name I used on a polymer clay forum, because I couldn't think of anything better.
Respectfully,
I Beg to Remain,
Cordially Yours,
Regards....

my callsign is me1 because i really liked the word me so it was my callsign(in 1.10.

tada! now i have the callsign me1!

when i started playing bzflag on hepcat pillbox last summer, i decided i'd always play for the greens

and without much thought i called myself green manalishi after this great judas priest song (originally by fleetwood mac).. manalishi is supposed to be an evil spirit or demonic being in some hindu belief. and green manalishi (with the two pronged crown) is actually supposed to be a song about the evils of money.. times have changed and i'm a dedicated red now, but i'm proud of my callsign and i'm not thinking of changing it.

RC cola wrote:The story of Me

because she is my fav character from a toon . i used to babysit after high school an these kids were really into it (the TV show , the movie , the cards an the dolls , ect.ect.) an they got me hooked on watching it

then 1 day a player named "TheCataract" (a.k.a. "TC") suggested i shorten my callsign because it was a PITA to type out sometimes lol so then i though of just using the initials "RC" ...which ...like with most nick names ...evolve ...into something else

so taa daa here wee r now in the present with "RC cola" because i luv soda esp. colas =) yay

how many times i used to look at pokemon..wow...so actually i saw you allready 100000 times on television and i liked her

I played the GameBoy Advance game "Golden Sun" and saw the name "Saturos". He is one of the endbosses... I considered the name to be cool and I am using it now since 2002/04/22.
Yeah. That's all.

Personally, I think Saturos is a cool name, for a cool guy. heh.

Out of the names of the people that posted here, I like RPG because of the 2 sided thing, Teppic cause it sounds cool, and Saturos for the same reason.

You are a friendly guy.

A few years back my friend told this terrible joke that went something like this:

"What do you call an oreo who skips class? A cookiecutter!"

I stupidly laughed and since then it has been my (rarely used) nickname in real life. When I started playing bzflag seriously it was just natural to use cookiecutter.
Top

I'm a bit of a Harry Potter geek, so I love the character Albus Dumbledore in the books.

It's sad because it's so unoriginal.

My Callsign used to be Xxdx0xbxX. But that was really hard to type all the time, and globally register it, and it just didn't show my personality too well.
Top 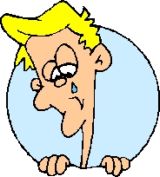 In the BZgenning, I sucked horribly and killed my team members so often I just went with imsorry so i didn't have to type it so much.

I remember my first rabbit chase, I didn't understand it so I killed everybody...yeah I got kicked before I could say imsorry.

Nowadays, I just want people to know imsorry for killing them, please forgive me.

hehehe imsorry, those rabbit hunts can be quite confusing the first time you play them

anyway, about my nick.
I'm a person who quickly grows tired of names and stuff, so normally, I'd have to change my callsign every single week (and that's why i never really bothered looking for an original name ) ...
So when I started playing bzflag, I did change my nick frequently (also because of the constant teamkilling

)
But one day, I actually reached a pretty nice score and got to know some other players in the meanwhile. I decided to stick to this name.

That day, I was "Glassjaw", the name of the band i was really into at that time.
well, that's all there is to it, nothing special here

I have been driving and hopping up old chrysler A-body cars for 20 years now. Mostly Darts but a Duster too. I got into loud stereo's back in the mid 80's and eventually started seriously competing at national and international events (USAC, DBDrag and IASCA). First just Sound Pressure Level competitions but eventually I did sound quality events too.


That's 8 18" subwoofers driven by 3 kilowatts rms some years back.
'Happiness is the exercise of vital powers along lines of excellence in a life affording you scope'

for some reason I've always been mugwump.

mug·wump
1. A person who acts independently or remains neutral, especially in politics.
2. often Mugwump A Republican who bolted the party in 1884, refusing to support presidential candidate James G. Blaine.

It started as my hotmail address, and stuck.

I'm considering changing my callsign to The Vaxorcist. Whadda you think?

I've got 3 months to decide in before i'm back to having my butt kicked.

I needed a name for a programming thingy....

So I decided... stuff like Binary, Binary01000110.
All of those were taken so I picked BinarySpike


I liked it so much I played with it.

But I learn fast

But, I just learned a binary spike is a type of thing a certain virus uses

and now they're mistakeing u for <000> sometimes

hmm.. not much behind my callsign. I used to play a game called runescape. My friend wanted me to create an account on the spot and I was hungry so I chose hamburger. But, it was taken so he tacked 123 to the end of it and so there you have it, the story of my callsign. 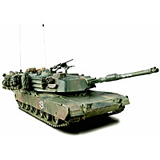 Mines kinda random, but I chose it because my dad was in teh army before I was born and had the chance to ride in the original M1A1, but I liked the M1A2 better and since this is a game in which you are a tank, I think you guys can guess the rest.
I'm baaaaaaaaack!
Top
Locked
386 posts