User made maps to use on servers.
Forum rules
Post Reply
22 posts • Page 1 of 1 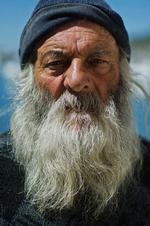 I think it might need some pyramids here and there, but other than that, nice work!
Top

TangenT wrote:
I think it might need some pyramids here and there, but other than that, nice work!

Awesome when is it gonna be up?

If it's going up plz plz plz in my opinion it's best without superflags!

I think something could be added just in front of the bases, there seems to be a big space between the middle and the bases. Can't wait to see it up

I might be able to put it up sometime... right now my whole hosting situation is all weirded out, but my host is working it out so he puts me on my own server.

We'll have to see.

(by the way, the above is also why US Missile War is down)
Top

TangenT wrote: I think it might need some pyramids here and there, but other than that, nice work!

Grace F wrote:I think something could be added just in front of the bases, there seems to be a big space between the middle and the bases.

halo3 wrote: u need some pyramids and some teles might be good


TangenT wrote:I might be able to put it up sometime..

Good idea..
I dont have host for this map

Nice job R3lax. I like it because it has a lot of rico opportunities. It looks like it could be real fun. Almost like GU, but not quite. Just a tad more stuff and it would be perfect.
Cop@R3lax
Trusted@Viper
Top

Looks great. I believe you should add 2 or 4 teleporters and some stuff in the big open fields.
Top


Saber wrote:I believe you should add 2 or 4 teleporters and some stuff in the big open fields.

Red Cobra wrote: Just a tad more stuff and it would be perfect.

I am working on it

Looking good. I agree with Grace - might be best without superflags.
Top

Or with the same flag settings as Silvercat.
Top


ducatiwannabe wrote:I agree with Grace - might be best without superflags.

This map is really cool, I just spent 90 minutes there, there can be spawn camping very easily, they just keep popping up in front of your cannon, but a bit of strategic tking soon sorted that problem out.

I like the design of the map, but I believe it is somewhat flawed. In my experience playing on the map, I noticed that there was no real incentive to navigate and disperse evenly throughout the "maze". It seemed to be a contest of which team can overpower the other in the middle and advance foward. This phenomenon is added to by the fact that the team flag safe zone is in the center, and there is a hoard of flags in the center. People were just pushing through the middle and not being strategic in their movements. I know this is not really a map design flaw and is actually a player strategy flaw, but perhaps you could try to give more of an incentive to explore the map (I will leave the methods of doing this up to you). I think that must have been what you intended when you designed it.

This server has had a profile created ( as requested by the creator ) at the following link bellow....

This map looks just normal, but when i played there (version 0.2) i luved it!

This map has really lots of nice rico possibilities like red cobra did mention. Even double-rico and multi-Rico spots are there, specially in the middle!

@A Distraction: Well, i think tactics would really suffer if a hoard of flags would be in the middle. But when i first time was on the map (yesterday), it was version 0.2, there wern't flags on the map.

Yeah, its good that the teleporter and pyramids were added

So in my opinion now this map could have status 1.0 instead 0.2.

Btw, one player correctly noticed, that this is a nazi map!

Take a close look at the hiden symbol in the middle of the map...Muahahah
Wirth's law: "Software is getting slower more rapidly than hardware becomes faster."
Top

Oh, gosh, don't start that again. My Bunny World map and several other maps of mine have a step pattern similar to an X or the "nazi symbol" as people like to put it. It drives me crazy. They all come to the map, "OMG NAZIS U R A NAZI" and run off. For crying out loud, it's a pattern.

oh, yeah i played this map recnetly! it was so fun. i wish it was more popular. well done relax!