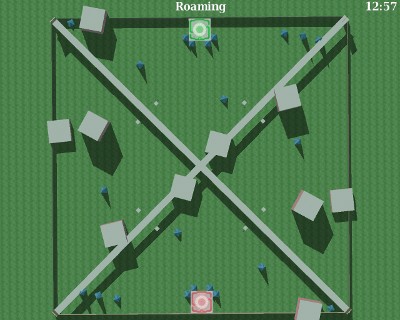 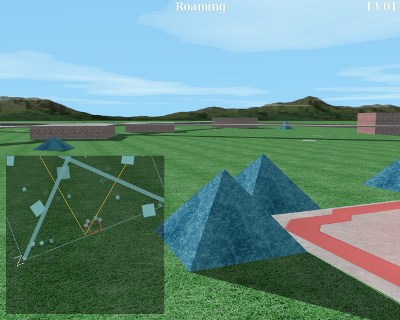 As you can see, there is an upper level, the big X across the whole map. You can get there either by using one of the teleporters in every corner (similar to HiX) or 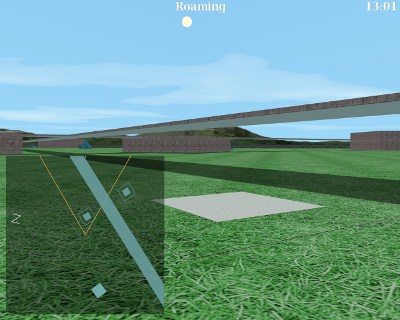 you use one of these "trampolines". With some training you can even perfectly strafe someone who is on the upper level. So it's technically a no-jump map where you can jump.

Unlike common ducati maps, you can even pass flags which makes ctf style more interesting.

Oh, and it's public domain.

EDIT:
I forgot to mention that the server option "noClimb = 0" is necessary, otherwise the trampoline thingy won't work.

by allejo
its a good idea but from my view ducati is mostly dodging. the top level wouldnt let you dodge much since its pretty thin. personally im not in the ducati league but thats just my view

by Mopar Madness
you can flag pass in ducati, xell

you can only pass a flag from the opposite teams base and it goes between the front left and back left pyramids surrounding the opponent base, I know, basically worthless, but its still a flag pass

you can flag pass same way in PB, i think it goes back to your base on PB though, not 100% sure though.

by Monster
This map looks great to me. It somehow reminds me of zaphod's GUX map.
Another well-playable-dodge-and-teamwork-map

Is it up, yet?
best wishes monster
All times are UTC
Page 1 of 1