User made maps to use on servers.
Forum rules
Post Reply
2 posts • Page 1 of 1

Description:
The idea behind this map was to keep it fast, simple, and chaotic. My co-workers and I periodically play 'Bee-Zed' over lunch (we're Canadian). We love the carnage of The Dark Arena and CrossCourt, the physics of Outta Space, and the playability of Fairgrounds. This is an attempt to merge their essence into a single map. We've been playing it for the past week and like it a lot.

It's size is 200 WU, with a pyramid in the middle, a ledge along the edges and a tele-porter in each corner that leads to the opposite corner. This map works well for 4 - 6 players, anything over 8 is a bit much. There's no flag bias added, though we've noticed that Shock Wave can be a bit overpowering if left unchecked.

It may not look like much, but once you get a few tanks in there you may find it rather fun. 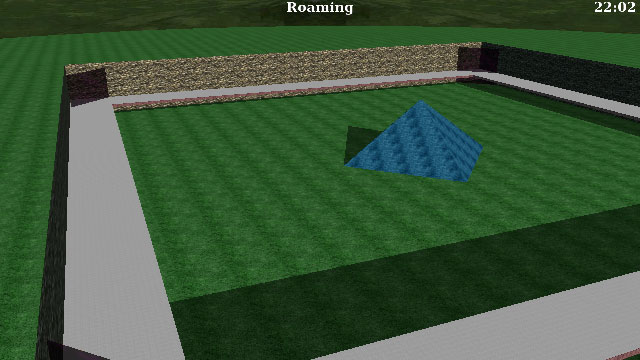