Is this the new game? or an update? I'm assuming the latter...
How much dub could a dubstep step if a dubstep could step dub?
Obviously, it's 7.456 wubs.
Top

Is it a multivehicular game
How much dub could a dubstep step if a dubstep could step dub?
Obviously, it's 7.456 wubs.
Top

it does not hardcode models, the game script defines what models are available to specific players.

Hmm... Very interesting concept; keep up the good work!
How much dub could a dubstep step if a dubstep could step dub?
Obviously, it's 7.456 wubs.
Top

All we need now is a Pickaxe flag 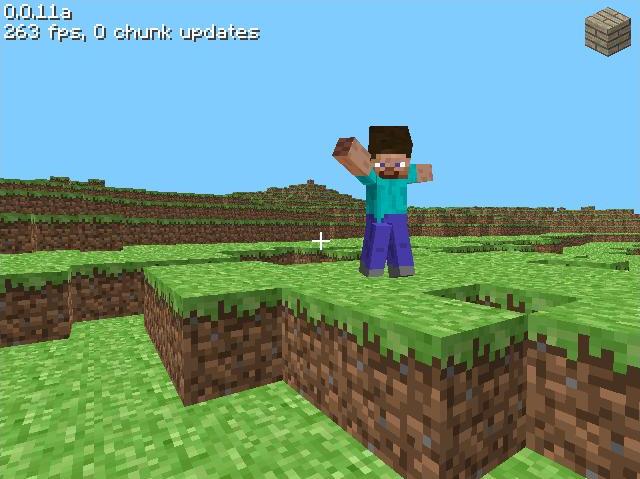 Note that the game Jeff is showing is a test application. The graphics system is set up the way it is because it's easier to work with.

it's all about the shovel-beam!

That's some amazing effort right there! Keep it up!
[WTWRP] [ezl.re]
Top

We need a bat flag.
Top

JeffM, is there a way you could include the ability to move/aim the HUD/sights? Some people I know don't like BZFlag because you can't aim at people on buildings, etc. It would be a great addition to the game, but I'm not sure if that's the direction you want to go in for the game. I also don't know whether it would work out with gameplay (controls and stuff)... Consider this, and many more people will want to play OpenCombat.

http://opencombat.invertedpolarity.com/ ... eplayNotes
There is nothing worse than aggressive stupidity. -- Johann Wolfgang von Goethe
"How many legs does a dog have if you call his tail a leg? Four. Calling a tail a leg doesn't make it a leg." -- Abraham Lincoln
Top

Ah, sorry joevano, I never saw that page... After reading all of it, I think the game is going to be very successful!! It's a great idea and concept, and I look forward to the download release.

I think I'll just make every player a pony and they shoot hugs not guns.

Lol JeffM is on a hugging spree!
Top

That's great!! And the other ponies die of affection! best. game. ever!!
How much dub could a dubstep step if a dubstep could step dub?
Obviously, it's 7.456 wubs.
Top

die? no they get happy.

And then die of happiness? EVEN BETTER GAME!!

JeffM wrote:die? no they get happy.

I'd definitely play this game.
Sponsor my BZFlag servers or projects || My Personal Website || GitHub

I never knew so many eight year old girls played bzflag.......
But anyways, great work Jeff! I hope this game turns out to be just as good as bzflag.
Lag makes me miss all of the good stuff.
And random bans..........

Haha, mayhem: OpenCombat sounds like it will be better than BZFlag... Not to disrespect this game; it's the best computer game I've ever played. But because of the fact that it contains more modern and up-to-date features, I think it will be a great success. Knowing the concept was derived from BZFlag makes matters even better.
How much dub could a dubstep step if a dubstep could step dub?
Obviously, it's 7.456 wubs.
Top

cdogg9200 wrote:Not to disrespect this game; it's the best computer game I've ever played.

I guess you don't play many games..?