The intention of this forum is to discuss the new league with a select few players in order to keep things on track and with as few interruptions/off topic replies as possible (we've mainly been good about that). It was decided for these posts to be public (once the league is launched) when it was created so the community can see what went into forming this new league; the current active threads will be locked and kept as an archive so players won't be able to go back and revive old posts, just read them.

A concern has been brought up that this forum should be kept private for the new league administration only because sensitive information may have been shared and have a separate forum be created for the public.

Let's have this be a decision for the committee members instead of a few admins bickering on the side...

Option 1 Option 2 Deadline: By the time the league launches
Sponsor my BZFlag servers or projects || My Personal Website || GitHub

Option 2: make it public
so that the bz community sees that this was a group effort on the part of many active players taking a role. That it was not a select few admins deciding things themselves. I feel its important for transparency. I don't really see sensitive or personal information shared. Create a separate forum for admin board.
"Sometimes people try to expose what's wrong with you, because they can't handle what's right about you."
"Measure your words -- they determine the distance of your relationships"
Top

Make it public. I don't even know why this subforum is private in the first place. We're the 30ish who earned the right to establish the new league while others didn't? It seems pretty ridiculous that they get a poll that we made without them and no other input, e.g. whether this should even be done.

This is the biggest issue I've had with this subforum.
-hj
Top

Agreed to make it public. Hopefully alezakos' poll will be ready before too long so we can move forward with the voting.
Top

i vote for Option #2 and shared in its entirety.
oi!
Top

Make it public, but we can redact specific parts if necessary. Speak up soon if there is something you want to remain private.
Top 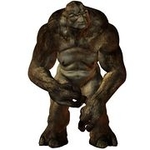 nothing to hide there , public post agreement
life is too short , spread love around you.
Top

Can we make this public now? I'm not a big fan of merging the leagues/creating its new structure and leadership behind the majority's back.
-hj
Top

The poll system is ready to go and discussions seem finished, so it's not a bad time to make this public. This post however advertised that the league forum would become public by the time the new league launches.

Is anyone against publicising this subforum right now?
Top

Prior to or at the same time this forum is made public, an announcement topic should be created with a concise explanation of what we are planning and giving a link to the player poll that alezakos created. I wrote up such a draft in the GU Admin forum, but with all that has transpired since then it is no longer suitable. It doesn't have to be complicated, but it should exist when this goes public to summarize the general idea.

When someone has created such a post, it will be made sticky (and maybe locked, to direct the conversations to the respective topics) and this forum will be made public.
Top

Looks good to me.
"Sometimes people try to expose what's wrong with you, because they can't handle what's right about you."
"Measure your words -- they determine the distance of your relationships"
Top

Looks ok to me too.
Don't let school interfere with your education.
Mark Twain
Top

I like it, gogo! Will this only be a sticky on this forums or also visible as a server message on gu and duc servers?
Top

Looks good, hrj. Please create a new post with that text, and a link to http://bzflag.helit.org/surveys/survey/1 at the bottom, and we will sticky it and make this forum public.