User made maps to use on servers.
Forum rules
Post Reply
8 posts • Page 1 of 1

The idea here would be to make a "wings no radar" world but with "ambush points" for ground traveling tanks to be able to engage the wings as well as features that would entice wings to come down nearer to the earth at times. (limited to 100 flaps here).

So non-flying tanks can climb inside the skyscrapers to ambush Wings tanks. Most of the skyscraper walls are "shoothrough" so wings can fight back and ambush as well.

There is also a feature so that OO equipped tanks can "submarine attack" tanks on or near the ground--while still giving them some chance of fighting back.

So what you have are "layers of engagement". You can go for air, subsurface or in buildings to fight.

Many hidden doors and things. Plus there is a "water course" for surface tanks to pop in and out off--good escape from wings for example.

Finally, the giant shoothrough, transparent pyramid is for laser tanks to snipe at airborne tanks while giving them some slight protection (I love doing that).

Nothing to overpowering here. I would keep a low number of SWs here and a high number of wings, OO and Cloaks.

Cloak may be genuinely scary here and laser can be a real killer. GM actually has a good angle on Wings here as well.

Put this near the beginning of your map file:

And put this in your pyramid definition:

You can remove the pyramid texture if you want, to make it a solid white. Change the first 3 color numbers to any color you want (RGB decimal format - values range from 0 to 1) and change the 4th value to change how clear the pyramid is.
Top

Tanks--that was easy. Though the picture shows a non-transparent pyramid, the map has a transparent one now.
Politically correct BZ: A kinder, gentler Guided Missile.
Top

The correct definition for the transparent pyramid should be:

Note that I made it drivethrough instead of shootthrough - there was no way to get inside otherwise.

I also changed the world size to 750 (which is actually 1500 X 1500) which seems to have improved the framerate a great deal.

Other notes: I noticed that I spawned "under" all of the main buildings at ground level into a maze like architecture, which is neat. Unfortunately, I could find no where out from under there - is there a way out? I don't think that players will like being trapped down there... Also, how do non-flying tanks get into the buildings? I noticed the entrances on top, but no where else...

I am currently running the map at louman.homelinux.net:5154.
Top 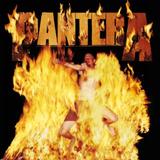 Louman can u unban me now?

, it wasnt me that was swearing it was my bro...
Admin @ Pythonian Servers
Admin @ Brad's
Cop @ Silvercat
Cop @ Hepcat
Cop/SetGroup @ Louman's
Top

why rat city? if it's rat city why aren't there rats?

Brennen The Great wrote:Louman can u unban me now?

, it wasnt me that was swearing it was my bro...

You sure are having a ban problem...

Maybe you should keep your brother away from BZFlag.

A Meteorite
-He quit cause he got banned from everywhere