Good Pic, AW. Though I hope it isn't that similar...

I am not doubting your map-making abilities, mud, but this is the problem with the design... For this map to be fun (once its finished), you would have to have at least 10 people (at least), as the map size is undoubtably going to be quite large.

I don't find two tanks to be fun if four or fewer people playing, consequentely, my fun level is 6+ players. Since your map must be around twice as big as the original two tanks, then logically you are going to have to have 12+ players for the map to be fun/interesting. I just don't think you are going to be able to get that many people to play. Imao.

i.e. ABORT ABORT ABORT... or figure out some way to make more people play BZF
Time is a great teacher, but unfortunately, it kills all its pupils ... - Louis Hector Berlioz

yes, agent west thats what it will look like.
I know its taking a long time, but you have to remeber (Crallion) that you have to switch EVERY cordinate. And well i may be doing it the hard and longer way, so why should you care? Just be patient, it will come.
Top

The idea sounds good, although I could see several improvements besides just the number of tanks. For example a pyramid area to spawn inside the tanks without fear of getting spawn killed -- at least until you leave the pyramided area.

Perhaps some turrets would add a nice touch too..

Mudsquisher wrote: you have to switch EVERY cordinate.

Couldn't you just group and rotate the objects?
"Anyone who has never made a mistake has never tried anything new." -- Albert Einstein
GU League | Ducati League | OpenLeague
Top

I AM SORRY. Something in my family has come up. And i dont think i will be able to perform this task. I am sorry to let you guys down. I cant do it anymore or i just dont want to do it. Maybe you guys were right, i just cant do it. Well its done, im giving the task to someone else, if you want to do it, then go ahead and do it please. One thing that i insist the map maker does, is somehow say that it is Grumpy Smurf's idea. Im sorry.

Aww. I hope that someone will be able to do the "4 tanks" map.
Top

o noez
"Anyone who has never made a mistake has never tried anything new." -- Albert Einstein
GU League | Ducati League | OpenLeague
Top

due to Mud's inability to finish it, here is my prefab.
NOTE: it's not cleaned up, and it appears that some parts are missing. If the map will be as popular as it seems it will be, i will fix the bugs on it. untill then, enjoy, comment, have fun! 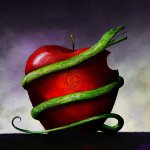 and AW !! i am impressed by your reactivity. I also think that some buildings must be modified/removed. Same for rampage and some pyrs (in front of teleporter) ... And, u have to add 2 new bases !!!
Top

I don'T think a 4 team ctf will work out ever. Three aren't enough players on tt, therefore I'd suggest a 3 team assymetrical ctf map.
Would be kinda unique, but maybe too hard to make?
Best wishes
Monster
Top

3 Tanks is what I wanted from the get-go! 4 is too many
Thanks for stepping up AW!
Top

i think 3 tanks would be very interesting. not as interesting as 3.5 though

I think -2 would be freaking awesome. I am being serious. It's too bad you can't invert BZF maps...
Time is a great teacher, but unfortunately, it kills all its pupils ... - Louis Hector Berlioz

oh and i'm having in issue... when i create an object (a variation of a torus) in Wings 3D it looks ok in Wings, but in BZFlag itself i can't get in the hole of the torus. it feels like there is a clear cylinder inside of the torus, although none was created there and nothing shows up in Wings! it also creates clear boxes that act same way, and those boxes are on tanks themeselves. don't know if it matters, but to get the general layout, i used "group" and rotated it, then /saveworld'ed the map file as .obj file to edit it in Wings.
Rest in peace, AliceD (AKA Happy Alice)! miss ya!
Top

An inverted map would work like this... All objects would become spaces, and all spaces would become objects. Like a cave.
Time is a great teacher, but unfortunately, it kills all its pupils ... - Louis Hector Berlioz

interestin'! it IS doable, but how would you move around in this "cave" unless you add more passes? and if you want me to do that after i'm done with 3tanks, i'll try!

Edit: 3tanks is not forgotten! i'm planning on finishing it this weekend. Also i'm considering adding a "turret" in the middle shooting short MG bursts. do y'all think any small mods are good, or would you want it to be like the original?
Rest in peace, AliceD (AKA Happy Alice)! miss ya!
Top

Aww, this looked like a good idea. Cheers to AW for making something!

-K
I can get a positive score; I just choose not to.
Top

Is that you in your pic, AW?
Time is a great teacher, but unfortunately, it kills all its pupils ... - Louis Hector Berlioz

yeah, Carllion, that is me

Agent West is clearly a talented person. His artistic ability is beyond that of my BZ ability, which even though is minimal, is full of effort. AW is a great artist. Both with paint, and maps.

Mudsquisher wrote:Actually, i have it started. Just a few more edits and tests till i can get some screenshots. (hoping thats all).


i thought you gave up on the idea of 4 tanks
Agent West,
i think you should keep the 3 tanks but still add the 4 tanks

i loved the change with the 3 tanks but i was still a little dissapointed that it wasnt 4 tanks
thanks a bunch!
PS some ppl dont know that these exist so u may want to wait awhile if u r going to do that testing thing.
[center]::|:|::|Sniper752|::|:|::
Map Maker
Avid Airsofter
Owner: Hosting.BZAddict.net ports 5242 and 5243
Admin: bzsupreme.webarts.bc.ca[/center]
Top
Post Reply
48 posts